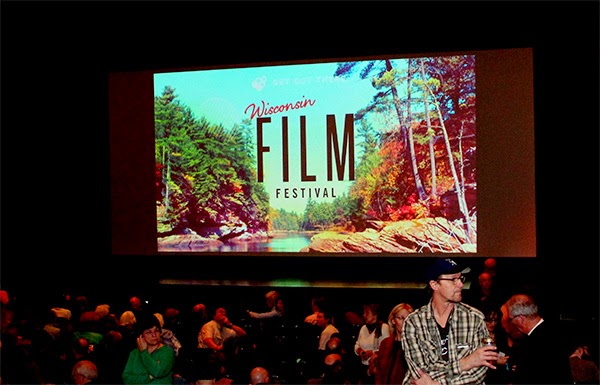 One
of the jewels of the Madison cultural scene is the Wisconsin Film Festival.
This year’s 150 films are spread throughout seven theaters over a span of eight
days.  Run largely by the grace of a huge
volunteer force (headed up by a relatively small paid staff), the festival prides
itself on its diverse offerings from a wide variety of international fair to “Wisconsin’s
Own” offerings, from student films to a recently discovered Orson Welles film.

This
year my husband Mark and I lucked into a couple of tickets (thanks, Stan and
Theresa!) to the festival’s showcase documentary, Almost There.  Described as a
“coming-of-(old)-age story,” the film traces the discovery of 83 year old “outsider” artist Peter Anton who was found
living in isolated squalor in East Chicago, Indiana.  At times
hard to watch, the film takes the viewer on an emotional journey as Anton’s first
chance at artistic recognition is brought low by a potentially sordid discovery about his past. But this particular tortured artist ultimately demonstrates his resiliency and this particular audience member (me) was left with a sense of awe and wonder at how his life turns out.

The
film probes many facets of the human experience: creative obsession, mental
illness, the heroic if unappreciated willingess of individuals to step up and try to make a difference in another person’s life, and so much more that you have to see it to get it.
What I was amazed by was the way in which Anton, irrascible and often demanding, drew people to him. From the little girl who cleaned up his pastels at the Pierogi Festival to the neighbors and social workers who made sure he had a place to live and food to eat, people constantly looked beyond his scabbed face and unkempt hair and clothes to the inner man. While
some might say he used those who reached out to help him, in the end he gave as
much as he took in terms of lifting others up. There were just an
incredible number of layers to this film.

Almost There was co-produced and co-directed by Chicago filmmakers Dan Rybicky and Aaron Wickenden who were just
as repelled by and drawn in to Anton’s life as the people they interviewed
and featured in the documentary. Their ability to take eight years worth of footage and tell a difficult yet compelling story with honesty, focus, and the unexpected twists and turns of life makes the film Oscar quality in this reviewer’s opinion.
For
those who find in-depth studies of humanity on the personal level to be as fascinating as I do, I
highly recommend this film if it screens anywhere near you.